Carl Jung (1990: 80) argues that people draw from a central source, which he defines as a collective unconscious. The collective unconscious draws on all cultures that exist today as well as cultures of the past. More so, Jung (1990: 56) asserts that shared thoughts seem to turn into shared actions, in what he termed synchronicities (Jung, 1963: 356). These synchronicities hold meaningful coincidence or equivalence of psychic and physical states, which have no causal relationship to one another, as Jung explains, but which inspire artists into actions. The various poets, authors, painters, and installation artists that I have interviewed shared the feeling of an urge to create that comes from a ‘mysterious’ place. Painter, poet and philosopher Paul Hartal (

‘…intuitions, imagination, emotions, ideas, memories, thoughts and dreams are not independent events of an autonomous brain and nervous system. We are an integral part of nature and cognitive processes occur in an organism sustained by its environment. They take place in a body that interacts with the biosphere and the entire universe.’

To understand how people respond to the same ideas I carried out different forms of engaging audiences to receive varied feedback. The first film that I created for this research, Quantum Words (2006;

), was showcased in a few different forms: in conferences at universities as part of paper presentations, online (youtube.com/gldek), and sent by post as a DVD for people I knew or contacted, for them to watch at home. Although this film was viewed online more than 1200 times (prior to 2009), I received only a few responses through the online medium. Written feedback from eighty people was collected through conferences presentations, emails, and guest books placed at exhibitions where the film was screened (

Conflicting interpretations were also noted, such as ‘Idea of Now which you speak about links with quantum physics’ versus ‘… the ‘quantum’ analogy doesn’t work’. Or, ‘…word made visual’ versus ‘Image ≠ word’. And while some ‘…felt: quite a strong resistance’ to the film, others claimed it was ‘Original, beautiful, sublime. Better than anything I’ve seen in Documenta…’ or ‘Made me smile… Enlightenment is fun’.

More so, the production of the film itself enabled me to have two different points of view, as I noted down in my diary during the making of the film (17 February 2006). Before making the film its initial images had captivated my mind and I saw them as if I was the participant looking outside, and seeing light sources downing from above and bursting from within me. Yet, while preparing the story board for the film I saw the scene from ‘outside’, as a director looking through the camera and seeing the actor (which resulted in the final camera angle shot used in the film) (fig. 16). I became an observer of my own mind’s images, looking at them from outside and sketching them for the story board. While the initial theme of the film remained, my perspective on it changed, transforming my point of view from a participant within the scene to an observer from without the scene. 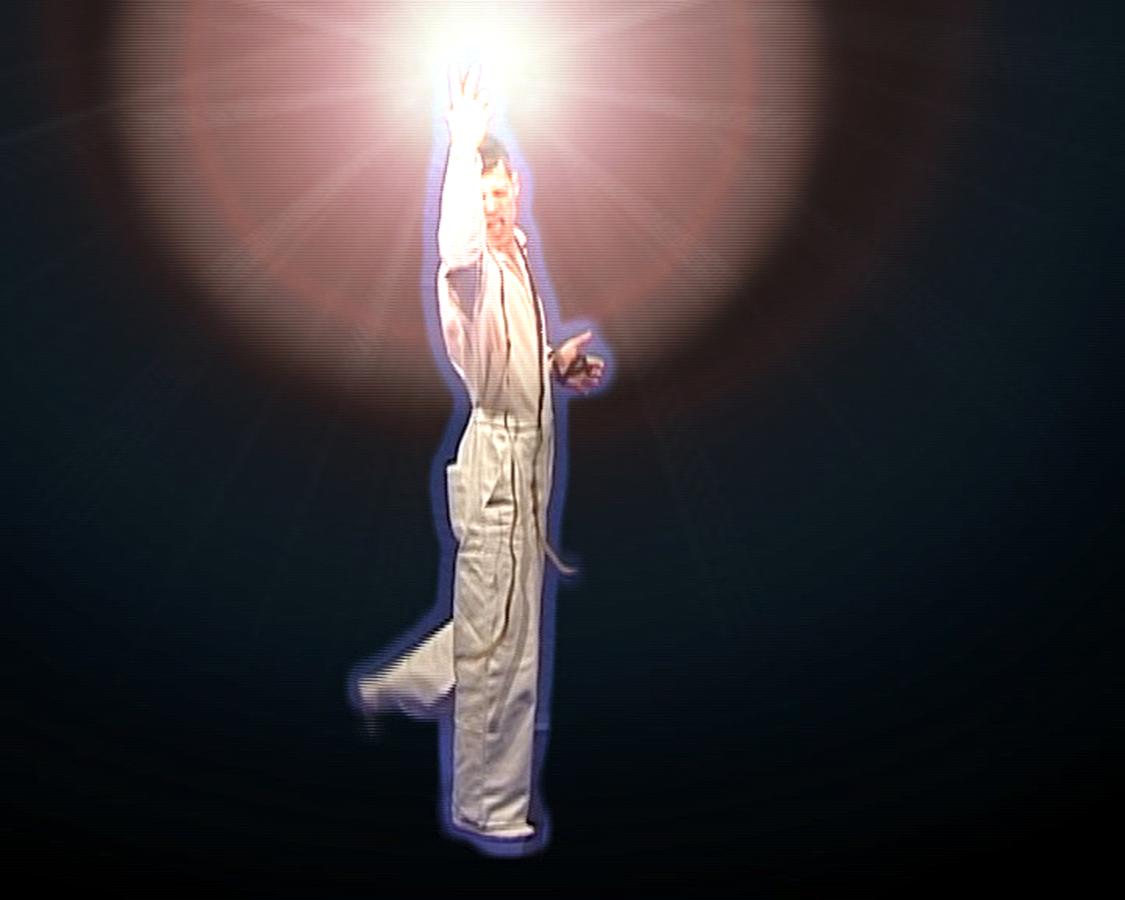 While the duration of Quantum Words is one minute and forty-two seconds only, still it managed to stir so many different responses from viewers as well as myself. Such diversity indicates that people do not interpret what they see based on external patterns of social dogmatic thought, but rather based on their personal associations and identity. However, identities may not seem separated faculties. To quote from one feedback received on this film: ‘Identity is not the property of any one individual. The creative process is the identification itself’ (

). In that respect, variations symbolise a shared activity of presenting collective unconscious from different perspectives. While we discuss such terms as identity and ‘individuation’, as Jung (1963: 352) puts it, it seems that these terms contain both the private individual as well as the collective that belongs to the whole human race.

The initial sense that triggers artists is enabled by drawing inwards, where artists connect to a collective unconscious which is not individual but rather shared by all people. Artists sense, or become aware, of the inner and outer environment. This experience is then followed by feelings, emotional intensities that well up in the artists.