The automatic art and poetry experiments undertaken by the Surrealist art movement, offer some examples for the way that people operate on the basis of immediate responses. According to the Surrealist movement, people are perfectly able to give words or images to their innermost feelings through instantaneous experiences. This is demonstrated with the art they produced.  Likewise, Derrida’s account on the way that he finds himself writing indicates some form of automatism. Derrida (1993: 3) explains, ‘…I find myself writing without seeing. Not with my eyes closed, to be sure, but open and disorientated in the night’. Yeats goes even further, arguing (1966: 103) that instantaneous experiences are not just a link to inner feeling, but rather a tool that provide the most authentic way to describe emotions, since emotions are not filtered or edited on the way. My experiment proves that this is indeed possible, as can be seen in the responses from some people who were perfectly able to describe love and reflect its meanings, although being asked such an instantaneous and challenging question. For example, the following responses I received: ‘Love is trust,’ ‘Love can change oneself,’ and ‘Love? Smile, wonderful, be happy’.

para. 17) agrees that spontaneous responses may create the best link to inner emotions. She explains:

‘I use a flow-writing technique. Flow-writing means writing what comes to your head without planning. Our education system teaches us to plan before we write, and put it down only after you sort out what it means. In flow-writing you let everything come in.’

Schneider asserts that the flow-writing technique enables one to open up and articulate inner feelings. More so, she sees this form as a natural basic way of communication, which apparently is repressed by our education system. In that respect, the form of an immediate question, as I have used, may not be seen as a challenging one, but rather as a natural way to engage in communication. More so, the way to allow for flow-writing, as she (

para. 17) describes it, is by taking a ‘condensed’ or precise starting point, choosing a specific phrase or colour:

‘It is difficult to let go of the consciousness, so you have to take a starting point, a sentence, a colour, a phrase. You have to let go and stop planning. You can’t ‘try to let go’ but rather you try to see what words are coming up. If you do try to let go, you will then be holding it, and that will be artificial. So, you try to see what words are coming instead of what words you want to direct. What is coming from underneath, from the unconscious, and flowing to the surface.’

In that way, the phrase ‘what is love?’ can be seen as an effective starting point to enable people to open up, and not as a challenging question that inhibits people from responding. As one feedback on the film asserts: ‘it struck me as a nice ice breaker video into a group discussion’.

A year and a half after completing this film I was approached by a production company from Canada, who followed a similar experiment, made into their film What is Love Toronto? (2008). In their film, a large canvas with the text ‘What is Love?’ was placed in the middle of the street, and people were invited to ‘step in’ and reflect on the question in front of the camera (fig. 82). 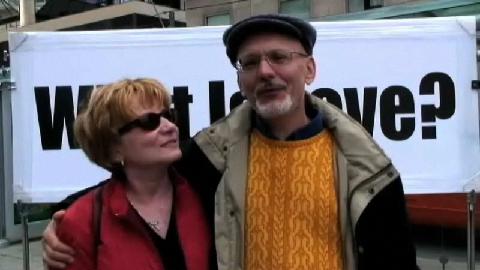 Figure 82: Still Image from the film What is Love Toronto? (2008). Image © Producer Avik B. Permission to use image obtained from the producer.

In this film people’s responses were much more articulated than in my film. People discussed varieties or types of love, such as love between a man and a women, love between mother and a daughter, sister and brother, the love of religious figures, and the love of people to their pets. In my experience on the other hand no one refers to types of love, but people were more focused directly on the question, ‘what is love’.

In the Toronto experiment all the people asked seem to agree to participate, as there was no indication that there were people who refused to answer the question, or ignored it, as noted in my experiment.

However, although the Toronto people were given the time to reflect on the question, they did not seem to come up with more profound or deeper answers than the people did in my film. The same motifs of communication, respect and sharing were repeated in both films. This suggests that allowing people to reflect and think before they reply may not necessarily bring people to a better understanding or articulation of their emotions.