Former USA Secretary of State and Ambassador to the UN, Madeleine Albright (2003: 320) asserts that in order to begin a dialogue between conflicting countries the first thing to do is to exchange such people as scholars and artists, and later politicians. In that way Albright suggests that arts, among other disciplines, have a quality of negotiation that can bring different people closer to each other, through shared values that are expressed in art. Albright (2003: 448) explains specifically how this could happen, suggesting that the use of humour can help the listeners to be more receptive. Humour in art becomes a very powerful tool.

I have been examining the power of humour in art throughout all my art works as well as my academic paper presentations in conferences. In my art works I have used humour to raise a smile with the audiences for the purpose of delivering ‘serious’ messages which might be ignored otherwise. My aim was not to ‘convince’ the audiences about my ideas, but rather to break away all forms of defences that usually prevent audiences from receiving messages, regardless of whether they agree or not to the message.

For the performance and film The Prince of Hampshire (2006;

) I have designed an invitation poster (fig. 5) drawing from the design of the official website of the Royal Family (fig. 6). I was later told that construction workers that worked on the School site had approached the school manager asking if they needed to finish work to be ready for the Prince’s visit. This kind of humorous scene has set the way for the performance. For the performance I dressed up as a prince and reserved a ‘serious’ tone while discussing in a factual manner the possibility of parallel reality. The audience seemed amused, in a way that allowed for my ideas to be assimilated easier. 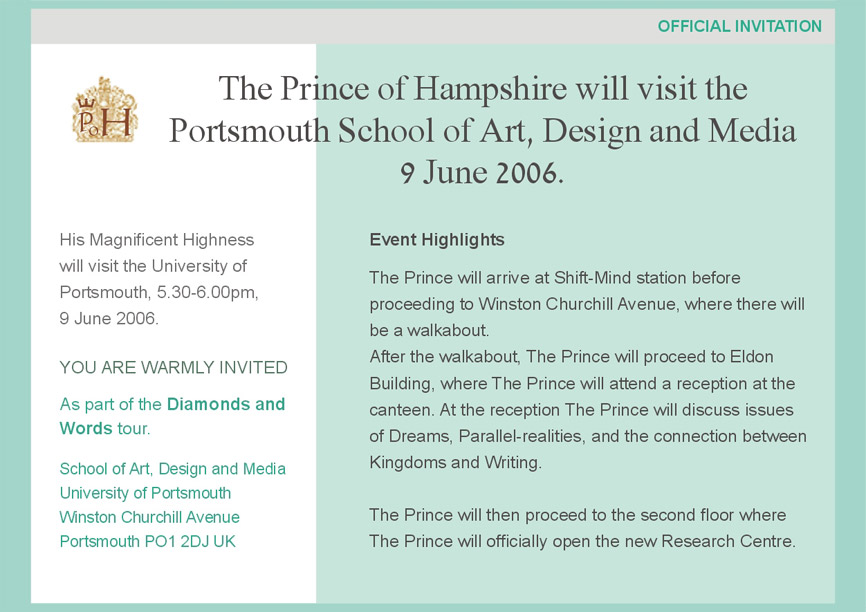 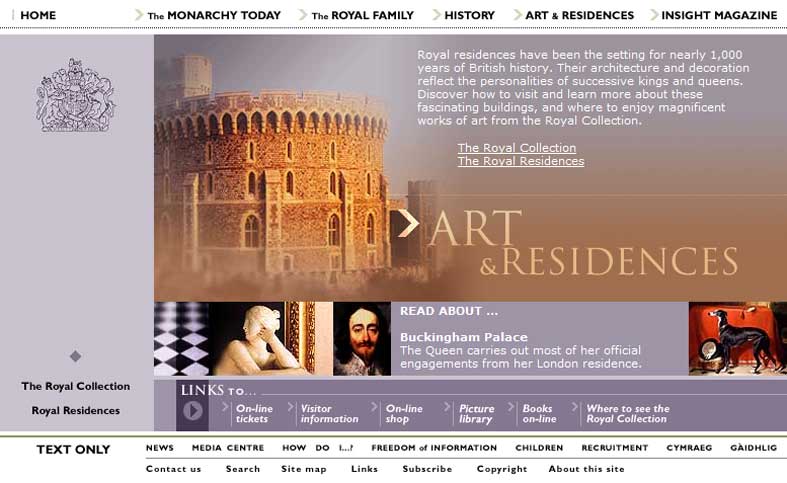 I later incorporated humour in my paper presentations, and noted the steady feedback suggesting that the audience was fascinated by such a form of presentation of an academic paper. For the final art workshop experiment I made a use of humour not just to ‘break the ice’ but also as a tool to facilitate the path that would lead participants to the aim of the work. In a very ‘serious’ manner I revealed to audiences my apparent dialogues with Angels. The audiences were amused, yet, in addition to breaking the ice, I have already opened up the theme of inner creativity (‘angels’) which was the theme to be explored in that specific workshop.