I have experienced the creative urge and desire to ‘Know Thyself’ throughout this research. In the short film Confessions of an Angel (2008; 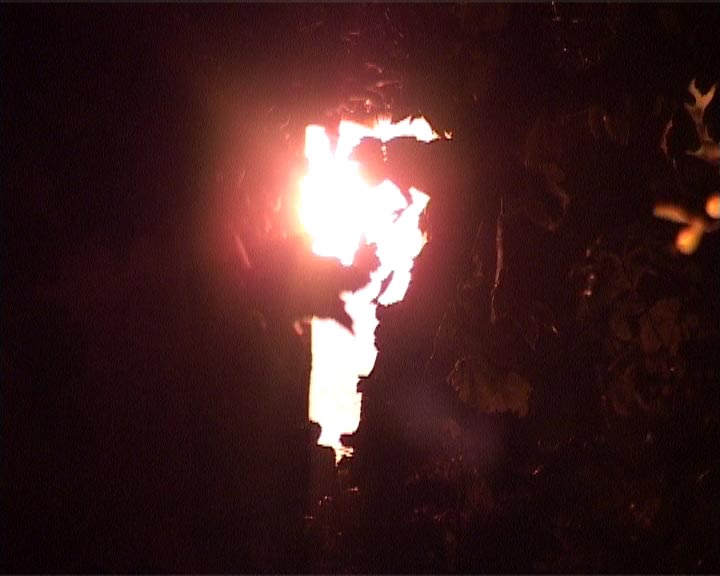 The creative urge had me creating numerous short films, graphic works, poems, art works, exhibitions, and performances for this research. I also engaged in varied roles, such as being the actor for the films, as well as the composer, director, camera man, editor on the computer, and did the work of promoting the final films. I also kept additional cameras documenting the process of making the films (figs. 20-21). Using several cameras allowed me to observe the different perspective that the artistic process holds (figs. 22-23).

In that way the creative urge manifested itself in different forms, yet through one person who would later evaluate his experiences and write them down in this thesis. 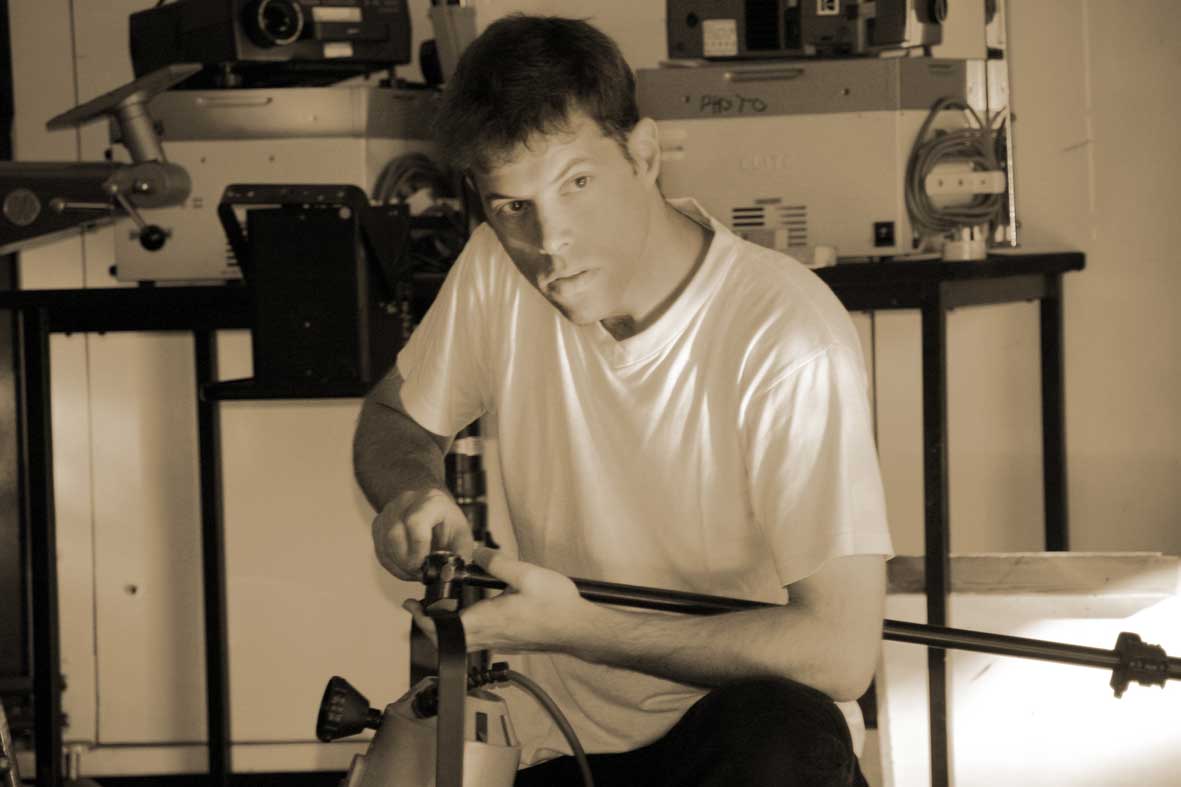 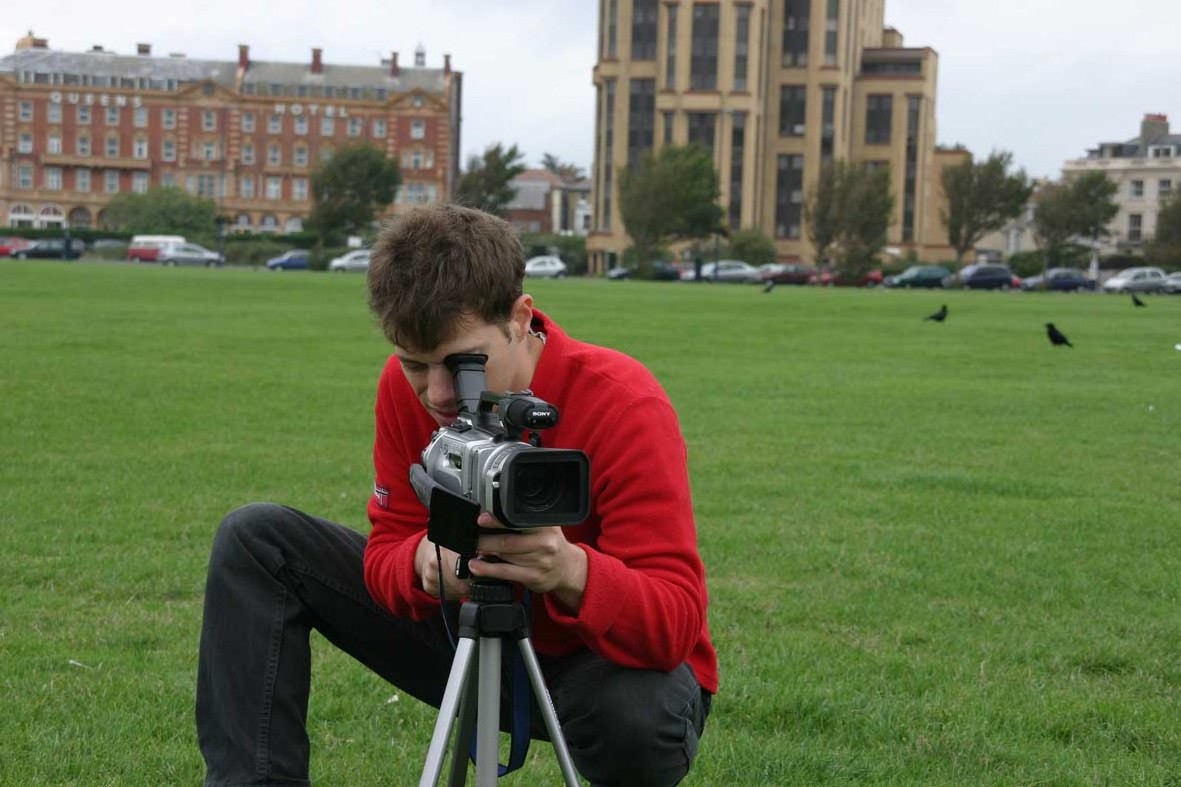 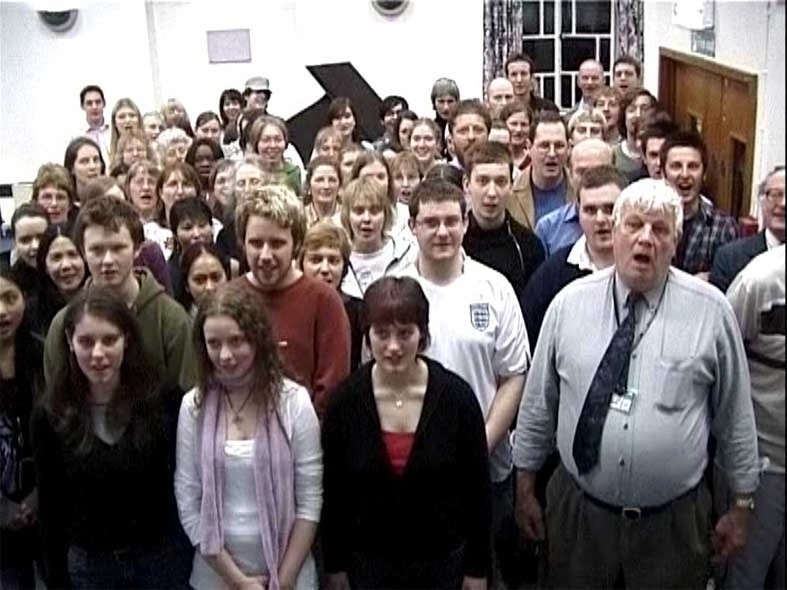 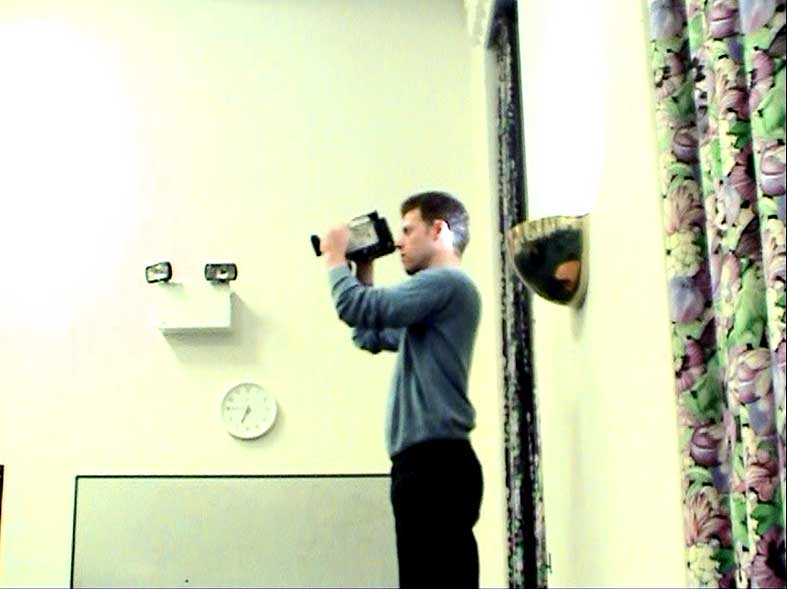 I consider my nineteen paper presentations in conferences and events to be a form that balances the ‘required’ academic format, with some artistic elements of images, sounds, and performance (see Dekel, 2008). The creative urge did not stop, in my case, with the making of art only, but also extended itself into the academic work of this research. The mediation between the artistic emotional and the academic intellectual scope was evident in a video film which documents a paper I gave at a conference. The video Interdisciplinary Mud (2006;

) follows the structure of a written paper, with written references to authors that were discussed or quoted in the video (figs. 24-25), as well as a bibliography list as if at the end of a paper, that ran at the end of the video in the style of credits rolling at the end of a film (figs. 26-28). 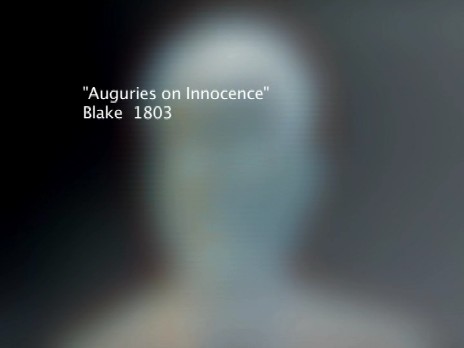 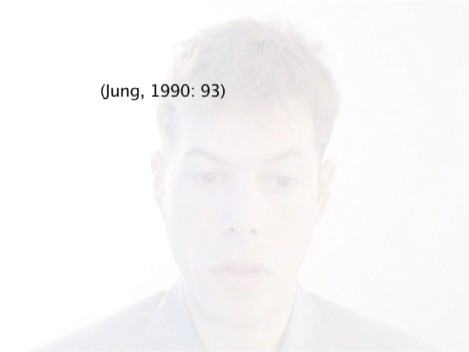 The realisation of the creative urge and its expression through the artist are contextualised through the personality and subjectivity of the artist, as can be seen in this work. In that way, although artists seem to create universal tools of expression that do not say things but rather bring expression itself – inevitably the artist shapes the art work according to his or her own personality. The artists are reflecting on a higher collective source and shaping it in different ways through their individual subjectivity. It follows that artists do not copy a singular pattern, but rather draw from a source to which each artist gives his or her own interpretation.

By comparing these different interpretations artists can realise that none of them copied from the same pattern, but rather that each exerted his or her own creative urge. Comparisons of differences can show us where we all meet, explains Tony Blair (Garrett, 2008). The creative urge is that which unites all artists, or as Kandinsky (1972: 39) asserts, art in our times is very much varied, and this is what makes the types of art actually become closer to each other.

Emotional intensity suggests a state of deflation, where the artist’s body cannot contain the emotion, and seeks a release. This release is not an expression of emotion, which is already expressed within the artist, but rather a creation of vacant tools for others to become expressive. The tools that are created are individual forms that are specific to each artist.

For the purpose of creating unique and individual forms, artists need to go through a process of acknowledgement and translation of emotions into inner words and images.