With a sense of appreciation of the environment, artists allow the observed reality with its beauty to form a part of the artist’s own personality. The experienced reality becomes a space, an inner context of the external environment, which is felt within.

Wassily Kandinsky made use of his musical training in his paintings. He (1972: 40) asserts that unlike images, sounds do not represent natural phenomena, but rather express what he calls the artist’s soul, and create an ‘autonomous life’ of its own. On the other hand, painting is an act based on a visual object, imitating nature or abstracting forms of nature. Music is ‘an objective language’, as artist Victor Pasmore (Bickers & Wilson, 2007: 352) adds.

However, I do not see Kandinsky’s ‘autonomous life’ of music as something created in the musical composition, but rather expressed through it, as if it were existing there beforehand. Chanting artist Russell Jenkins (

paras. 2, 6) suggests that he has a feeling of the existence of a sound coming from within him, saying, ‘I have a hearing of an Aum…’ and ‘I hear inside’. Jenkins explains that this sound is independent of him to the effect that it is visible: ‘It is like you look at it and you think, ‘Oh, it’s a star that I can pluck out of the sky’’ (para. 2). In that respect, sounds seem to be impressed on the artist and present themselves to the artist. The forms in which sounds present themselves can vary depending on the artist’s skill. In the case of Jenkins, he (para. 4) would aim ‘…to replicate it through [his] voice,’ while Dekel (

paras. 34) asserts that sounds come as a guide, advising her on the making of her works.

Robert Morris created in 1961 a work whose title is self explanatory: Box With The Sound of Its Own Making (fig. 86). The sound of making the box was recorded on tape which was then played and presented as part of the finished box. Suggesting that the act of making is also the result of the work has shifted sounds in time. The moving of sound in time joins the moving of sound in space, as Warner explains. Warner (2006: 17) says that with the invention of the radio, telephone and television that sound has begun to be displaced in space, as voices were now being moved through the air. I should mention here the use of the Internet to mobile sounds. 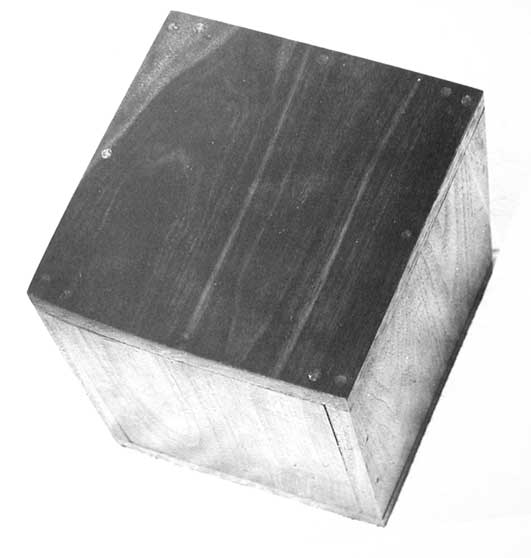 Figure 86: Robert Morris, Box With The Sound of Its Own Making (1961, walnut box, speaker, tape recording of the sound of making the box.) Image © the artist/the Morris Studio. Permission to use image obtained from the Morris Studio via the Design and Artists Copyright Society, UK (DACS).

Stevenson adds to the understanding of the impact of sound, approaching it from a cultural historical view: ‘If I couldn’t overhear the rhythms and sounds established by the long, varied tradition of English poetry…’ Stevenson (

para. 15) says, ‘…I would not be able to hear what I myself have to say’. The cultural context of sound, according to Stevenson, enables one to hear oneself.

But, I noted that hearing oneself while making art indicates something else than the prevailing notion of hearing one’s own thoughts. Schneider (

para. 9) explains the technique ‘image exploration’ that she uses for writing. Through a semi-meditative technique she seems to have ‘…heard a sound, and it was of my father… I was very shocked because my father was dead’ (para. 10). This inner voice presented itself in a manner that Schneider could not produce at will – the sound of the voice of her father who had passed away years before. Schneider’s description challenges the prevailing assumption that artists ‘imagine things’ that do not truly exist. Even if Schneider did ‘imagine’ this voice, one should ask how did she produce the sound of the voice of her father? It is assumed that when one thinks, that one hears one’s own thoughts in one’s own voice, not in another’s.

Jung describes his own experiments with the inner hearing of voices in a different sound than his. He (1963: 176-177) says that figures would appear in his visions and he would ‘talk to them’. In one of his visions he heard a woman’s voice within him, which asserted that his writing down of his fantasies is an art. If this fantasy was merely fictional then one should wonder how did Jung’s mind produce the sound of a voice of a woman. And if imagining has that ability to re-produce someone else’s voice in our mind, then how can we be assured that the thinking mind does not do the same, producing someone else’s thoughts in our own voice in our mind?