Grounded theory is interested in the linking of events through their development, for the purpose of generating a common theme. This approach was important in helping me to observe the ways in which one artwork developed into the next one. When creating art, which is inspired by emotions and feelings, artists may find it difficult to observe the link between one work and the next. Grounded theory enables one to employ the tool to make such an observation.

This research was developed by creating art experiments, learning from feedback and experiences, and building upon them. Grounded theory (Denscombe, 2003: 116) sees this approach as a process of adding subsequent sites. However, the so-called ‘site’ of this research (processes of opening to inspiration) is an experience, a mental activity. In a way, the site is people’s own minds or hearts, rather than a physical place.

The painter Mondrian provides an example of applying research into the mental ‘site’ of artistic activity, in a process which may be called the ‘language of application’. Mondrian, I feel, would observe reality, be emotionally inspired by it and then would choose a language of colours and shapes into which his emotions would be condensed. Riley (1997: 1) explains that Mondrian had a systematic approach to the visible world. Mondrian would observe the branches of the trees with their rhythmical structures that would lead to dynamism, fragmentation and emotional intensity within him. He would then add a subsequent factor by identifying order and balance (unity and fullness) in the shapes of the branches, which would then lead him to making systematic statements in his painting. Riley (1997: 1) suggests that Mondrian insisted on finding order, suggesting in that way that Mondrian was consciously using this method.

Grounded theory is operationalised in this research as a practical tool, where I have made a set of choices, following Mondrian’s approach, in which mental artistic activities were given corresponding colours, shapes, sounds and tastes, and later subjected to feedback from audiences. This feedback would then shape further works. For example, making the film Unfolding Hearts (2006;

) followed sites, or stages, that developed one from the other. The first stage was personal observation of nature and being inspired by it. Being inspired was an inner ‘mental site’, which occurred in an external site – nature. I chose to express the external site by taking pictures of flowers with my camera. Warner (2006: 223) suggests that the camera may capture what the human eye cannot see, things that ‘lie below the threshold of vision and beyond the frequency at which the brain registers light’ (p. 223). To illustrate the idea of capturing things that ‘lie below the threshold of vision’ I have taken close-up images of flowers; flowers in zoom, in order to convey the inner feeling that I felt inside and which lie in the minute shapes of flowers. The use of the camera for that purpose seemed to me most suitable.

To externalise my inner feelings I chose to write short-verse poetry, and then read the poems in front of the video camera, manifesting them publicly. I also subjected the poems to what may be called ‘emotional feedback’ by giving them to another poet to read in front of the camera. Doing so, my inner emotions that were reflected in my poetry were given the sound and gesture of the inner reflection of another poet. In that way my process received not only professional feedback from another artist (reading my poems), but also her own artistic input. The poetry reading later inspired the specific use of the flower images in this film, where colours were intensified. Using the grounded theory I have focused on ‘grounding’ emotional experiences with the visible world of nature, images and human interactions.

In other works and experiments, I have received feedback on my films, artworks, and paper presentations in conferences – which subsequently inspired further work, that can be illustrated as a ‘wave’ of actions leading to feedback, leading to further actions. This pattern can be seen in graph 1 which shows actions taken for this research (artworks, exhibitions, conferences etc’,

for full list), with periods of intense artistic creations, following periods of reflection and assimilation of feedback, and a repeating pattern. 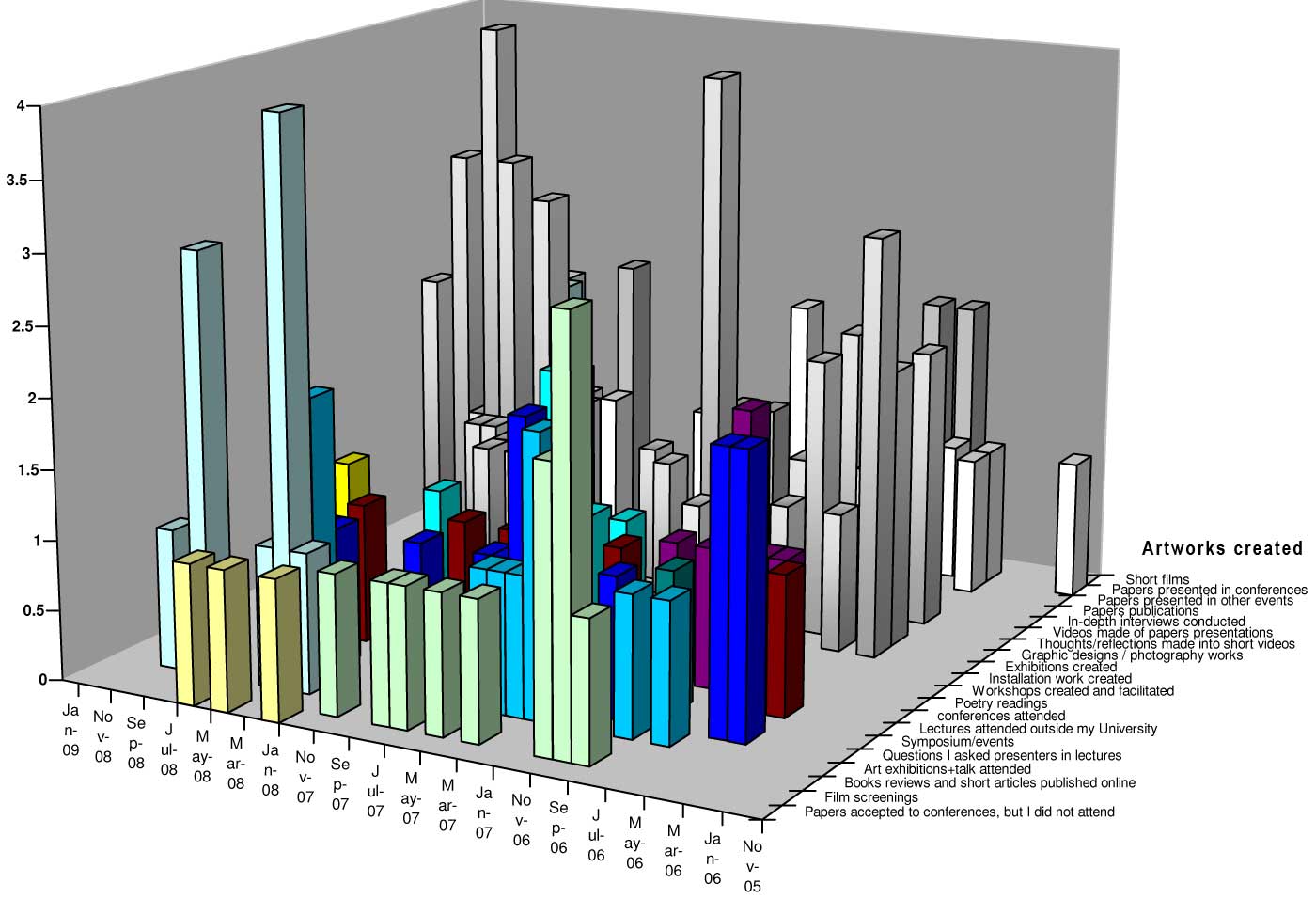 Graph 1: ‘Actions Graph’ showing main artworks and other activities undertaken for this research.