This research draws from the area of visual art studies, English literature critiques, psychology, philosophy and theories in science, where there has been an attempt to understand or determine approaches to creativity in artistic endeavours. In this review I will look at these critical theories as well as at artists’ own accounts that are documented in the literature. Artists’ own accounts, experiences and points of view will particularly inform my thesis.

Contemporary minimalist artist Carl Andre (Bickers & Wilson, 2007: 87) reminds us that the question of artistic inspiration is not a recent one. More than two thousand years ago, Andre explains, Aristotle suggested an approach to understanding creativity by requesting artists to represent the processes of nature, and not nature’s appearance. In Book Z of his Metaphysics Aristotle (1994: 4) explains the problematic of appearances, using colour as an example. Seeing the colour of a surface, Aristotle explains, is not seeing what he calls the inner essence of either the colour or the surface, since the colour has its own essence, and the surface has its own separate essence. Appearances, according to Aristotle, cannot tell us much about the source from which things are made and therefore, Aristotle concludes, it is worthwhile to look at the creative processes of making, the processes by which things are attached to other things.

Nature is regarded as a central point in the work of the English Romantic Blake, being regarded as a source of inspiration for Blake’s creativity. Some of Blake’s famous visions occurred to him in natural surroundings at an early age (Uglow, 2007). At the age of eight, according to one account from Blake’s wife (Bentley, 1995: 36), while in Peckham Rye by Dulwich Hill in London, Blake looked up and saw ‘a tree filled with angels, bright angelic wings bespangling every bough like stars’. Such visions continued all through Blake’s life. Nature, in this instance, stood as an inspiring source to uplift and motivate the artist to make art, as well as forming the content of much of his work.

The philosopher Charles Taylor (1989: 374) agrees that nature served as a source of inspiration for Blake, but he adds that nature had another function: it was also the source for the artistic expression itself, the source that enables the act of creation. Taylor suggests that observing nature and accessing inspiration through it must be at the same time an act in which Blake defined or realised inspiration, not just accessed it. Observing and realising took place at the same time, and this simultaneous form is the artist’s expression, which Taylor calls ‘expressivism’. Yet, the philosopher and art critic Colin Wilson challenges the notion of expressivism. Wilson (1971: 27) quotes Blake as saying, ‘Man’s perceptions are not bounded by organs of perceptions… He perceives more than sense… can discover’. In this statement Blake asserts that people have an ability to see more than the eye can perceive, suggesting that it is a capacity of greater vision, or an expanded state of mind – and not nature – that enables artistic inspiration.

The work of the seventeenth century painter El Greco, The Opening of the Fifth Seal (1608–1614; fig. 1), can serve as an example. In this work El Greco employed vibrating brush strokes to illustrate the visible world in a way that distorts images, as the critic Roger Kimball (2002: 47) notes. Nature and visible reality are represented yet in an early attempt of abstraction. Nature is regarded as a source which goes beyond expressivism of realisation, and into a form of abstraction which characterizes the individual unique artistic signature of the artist representing his inner self more than the outer reality. 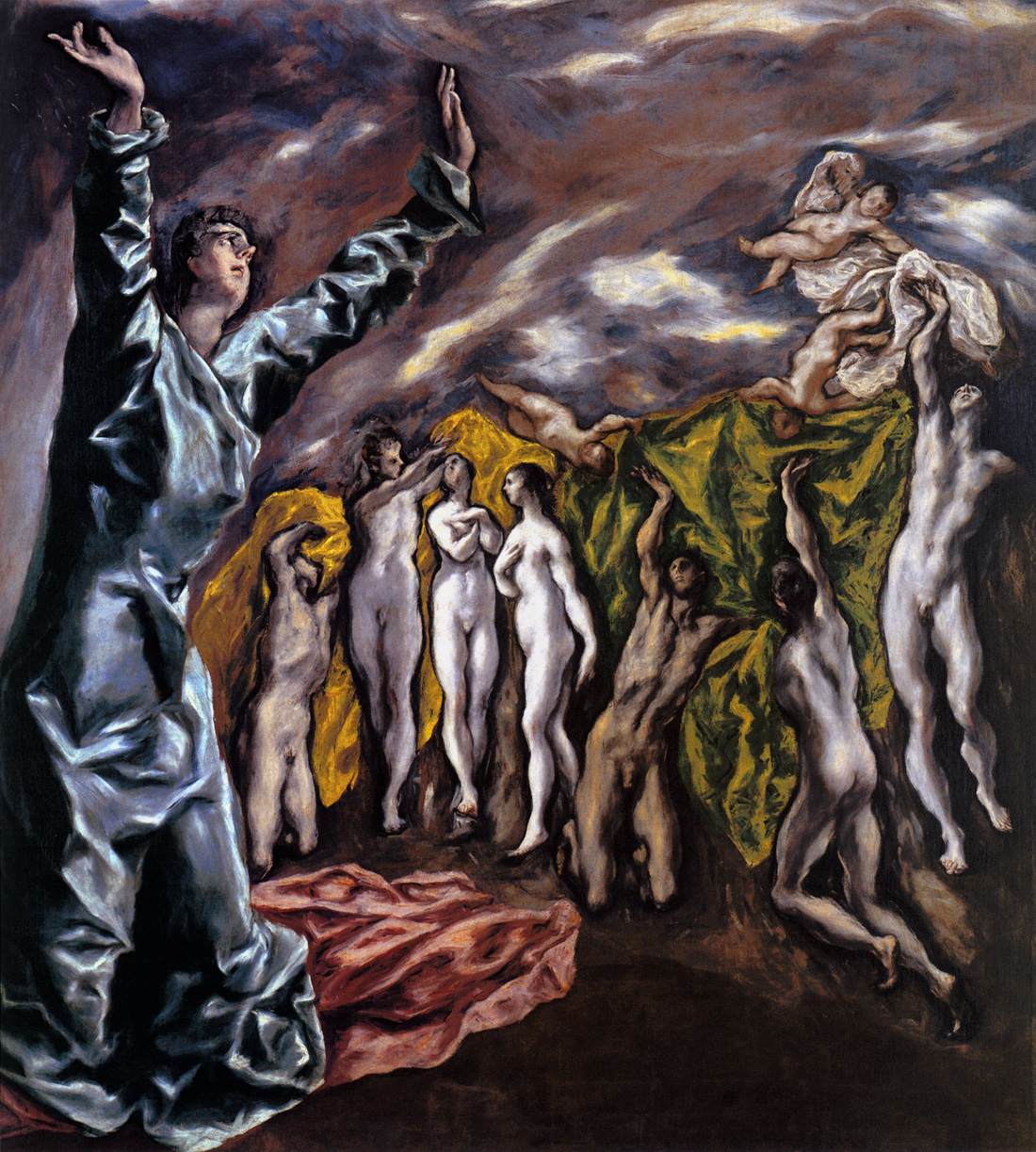 Abstract artist Victor Pasmore (Bickers & Wilson, 2007: 350) provides another example. Pasmore compares figurative works that represent the visible world with figurative works that represent the artist’s inner world. In the works of seventeenth century Dutch painter Rembrandt, Pasmore explains, the viewer first sees a portrait, and then the quality of the painting, such as the use of colours and the brush strokes. However, in the later works of the nineteenth century English Romantic landscape painter Turner, the viewer first sees the paintings themselves, the colours and shapes, and only after reading the caption does the viewer realise that the paintings depict landscapes (fig. 2). Artists Gilbert & George (Bickers & Wilson, 2007: 322) add that ‘…what’s important is his vision, not the landscapes. You look at a Constable work and don’t say ‘what a fantastic field’, but you say ‘what a fantastic Constable’. It is him speaking to you’. 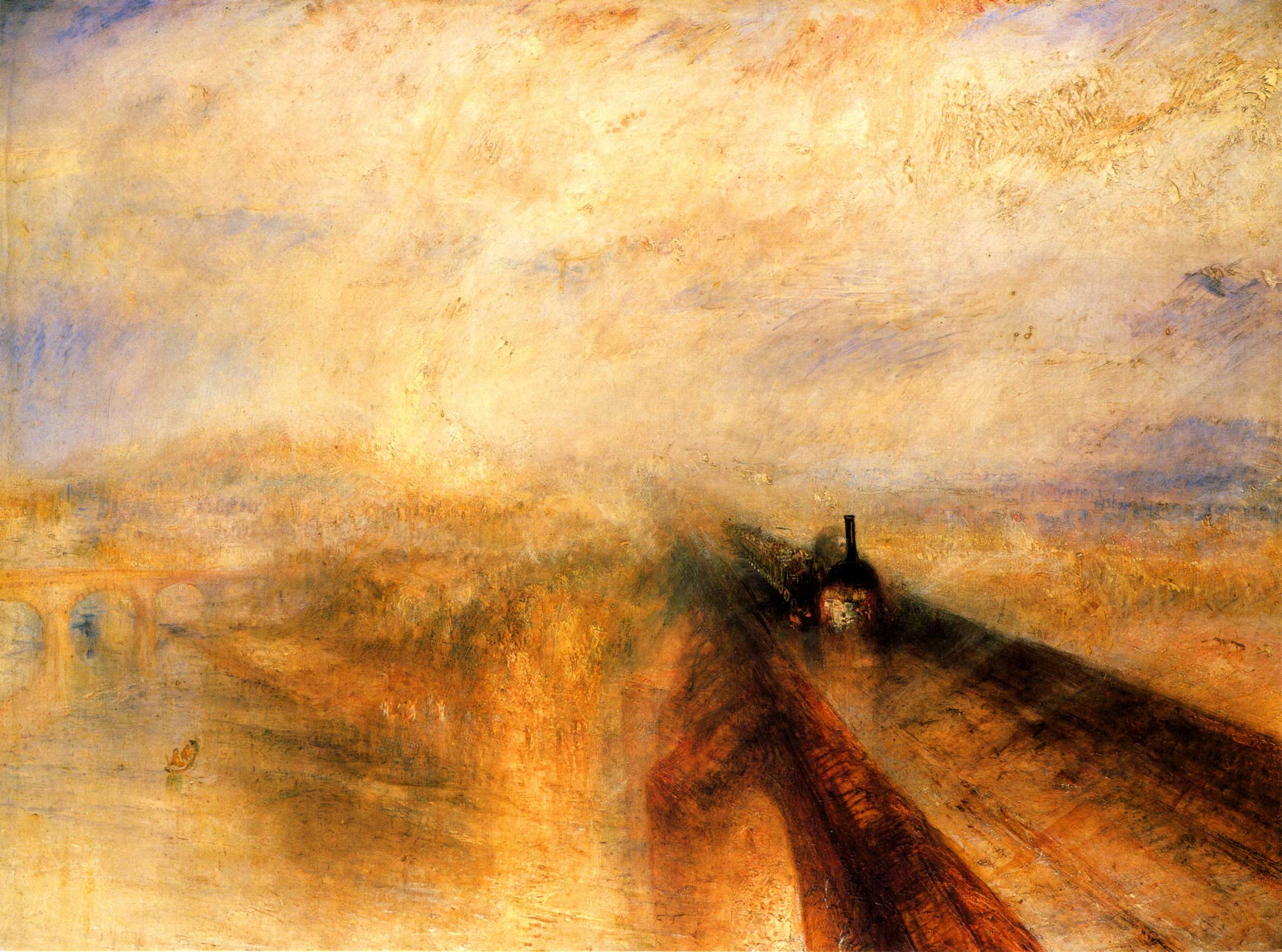 Others, like Dutch artist and critic Piet Mondrian, were also inspired by nature and accepted the existence of capacities that are removed from nature and that are larger than the obvious visible aspects. Mondrian (Mondrian, Holtzman, & James, 1993: 14) explains that indeed nature inspires him, arousing emotions that stimulate creation, but to express his emotions he abstracts nature. The act of expressivism for Mondrian involves deconstructing nature and representing its component elements: lines, shapes and colours. Mondrian did not see the creative process through nature as a straightforward thing to be represented in art, but rather saw nature as a visible source through which the artist can observe and represent the elements that form the shapes of nature and of emotions (fig. 3). Mondrian was conscious that it is the artist who observes nature, and not nature that observes the artist. 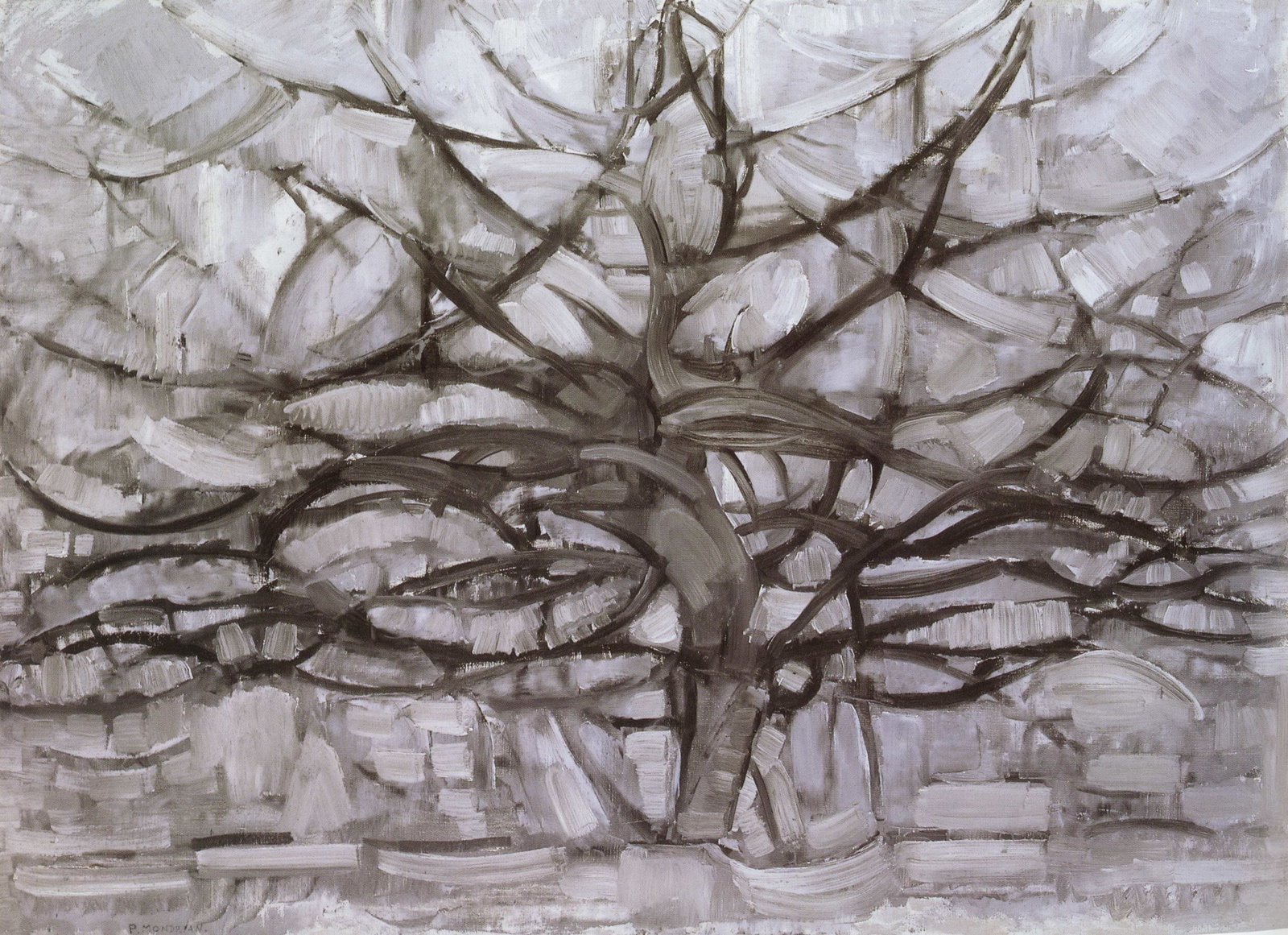 Mondrian (Mondrian, Holtzman, & James, 1993: 16) stresses that while he sees beauty in a flower, he is not trying to depict that beauty in his paintings. For Mondrian, the visible beauty is a sign for a human experience of form and colour, but it is not what he calls the ‘deepest beauty’. The surface appearance of a thing causes pleasure, Mondrian explains, but it is not the inner character of that thing. In that respect, Mondrian echoes Aristotle’s argument about appearances that do not represent the thing’s inner essence. Through deconstruction of those things, Mondrian tries to reach the inner essence, or the larger perspective.

Aristotle’s initial request that artists should represent processes in nature has reached a point in modern art, as seen through Mondrian’s work, where nature serves as a tool to inspire artists, but not as the artists’ main subject.